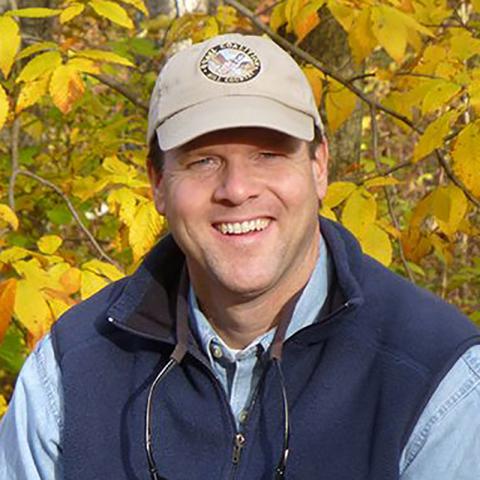 “The opportunity to work alongside the immensely talented and dedicated men and women of this Department has been the privilege of a lifetime,” said Carter Smith, Executive Director of the Texas Parks and Wildlife Department. “Their unending passion for stewarding and protecting Texas’ rich bounty of fish and wildlife resources, creating new opportunities for Texas families to get out and make lasting memories in the outdoors, and helping to leave the lands and waters, habitats and parks of our home ground better than before has been a great inspiration to me, personally and professionally.  I owe a huge debt of gratitude to Chairman Aplin and to the entire TPW Commission, past and present, for placing their trust in me, as well as for their leadership, mentorship and commitment to advancing our mission.  Last, but not least, as a Dad, a sportsman, a conservationist, and as a proud Texan, I am grateful beyond measure for all the landowners, land stewards, outdoor enthusiasts, and partners across Texas who not only make conservation possible, but actually happen.”

Smith, who began his professional career in 1992 as a TPWD management intern in the Wildlife Division, has served as executive director since January 2008, overseeing policy, personnel, funding, and strategy for an agency of more than 3,300 professionals in 13 divisions. During his tenure the department has acquired significant new public lands such as Palo Pinto Mountains State Park and the Powderhorn Wildlife Management Area; directed major initiatives towards enhancing and restoring freshwater and coastal habitats; added important new biologist, park, and law enforcement positions; constructed new facilities such as the Game Warden Training Center and the John D. Parker State Fish Hatchery; launched the Texas Outdoor Family and Texas Children in Nature programs;  secured significant new funding for state and local parks through the dedication of the Sporting Goods Sales Tax and strongly championed the need for the Recovering America’s Wildlife Act.

In addition to his work at the department, Smith has served on conservation-related boards of directors and advisory councils, including as Chairman and executive committee member of the Association of Fish and Wildlife Agencies.  He is also a Professional member of the Boone & Crockett Club and a lifetime member of the Texas Bighorn Society, The Dallas Safari Club and the Houston Safari Club. He is an outstanding alumnus of departments at Yale University and Texas Tech and was honored by the Botanical Research Institute of Texas International Award of Excellence in Conservation, the Texas Wildlife Association’s Sam Beasom Conservation Leader Award, and the Harvey Weil Professional Conservationist Award.

“Working alongside Carter Smith for the last five years, I can say without reservation that he is one of the finest Executive Directors to ever run the Texas Parks and Wildlife Department,” said Texas Parks and Wildlife (TPW) Commission Chairman Arch “Beaver” Aplin III. “He has stewarded the state and our resources with vision and integrity since his tenure began in 2008. In an agency full of incredible individuals, he has been an inspiring leader. Though he will be missed, I wish him and his family the very best as they embark on a new chapter of life. We will work hard to find the next head of the Texas Parks and Wildlife Department, but there is no replacing Carter Smith.”

The TPW Commission will launch an executive search committee to recruit TPWD’s next executive director. The search committee will identify and interview prospective candidates and provide a recommendation to the commission in time to ensure a smooth transition and continuity of leadership for agency operations.